Lots of people would like to exercise more, but they struggle with finding the time to fit it in their schedule.

Others might have time, but just can’t find the motivation or the desire to sign up to a gym.

One of the best type of home exercise equipment is an exercise bike. They don’t take up much space and you can get a great workout in a reasonable amount of time. All this from the comfort of your own home!

After the summary table below we discuss the key things to consider when choosing and exercise bike, followed by reviews of the best exercise bikes on the market BUY AT Gym and fitness 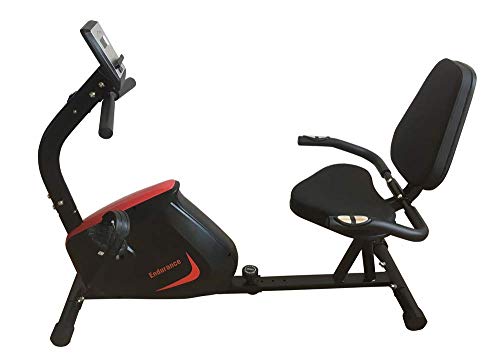 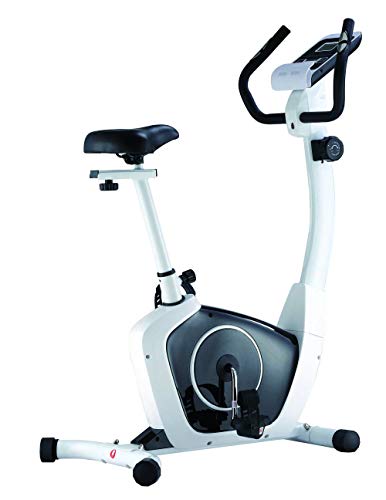 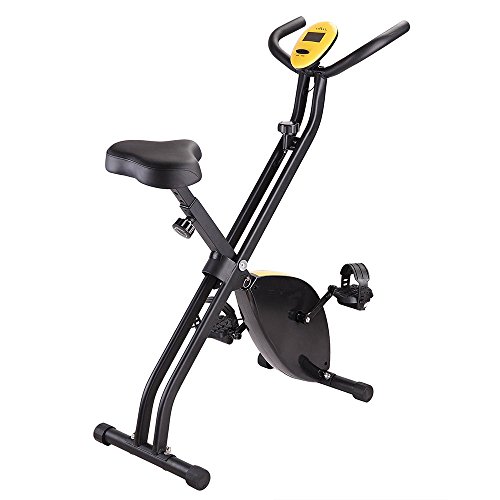 How to Choose an Exercise Bike

Here are the most important things to consider when buying an exercise bike.

The first aspect to think about is what kind of use you want out of your exercise bike. If you’re looking for a more mellow workout or you won’t use your bike frequently, it may not be worth investing in a top dollar bike. You may also be better off with a seated bike or a more low-tech bike.

On the other hand, if you want a more intense and frequent workout, you may want to invest in a more expensive bike or a spinning type bike.

The lighter the bike the less stable it will feel when you are riding it. If you know that you will be doing a mellow to moderate workout, a lighter bike is perfectly fine. However, if you are going to be doing intense bouts of speed and uphill simulation, you will definitely need a more stable bike.

Some accessories are really useful and are kind of deal breakers. The first one is the adjustable straps on pedals. This will allow you to be a lot more efficient during your workout and provide more support for your foot.

Another important feature of exercise bikes is an adjustable seat. Some bikes will have front/back as well as up/down adjustments, but you want at least the vertical one. You will get a lot less muscle fatigue if the seat is at the right height as your muscles will work more efficiently.

The last basic feature one is a screen monitor. It doesn’t need to be fancy but should at least show you the time, distance and RPM.

Sometimes, two exercise bikes can be very similar, but the difference will come down to a little extra feature or gadget that is a nice addition. Some examples include a water bottle holder, a built-in fan or even a sound system.

These add-ons are not essential, and you can still get a great workout without them, but they can be a nice touch.

One of the most popular high-end exercise bikes on the market, the V1000 is for those who are intense and regular with their workouts. The handlebars have padded grips and are placed at the perfect angle to suit a spinning type of training.

The padded seat as well as the handlebars are quickly and easily adjustable to adapt to each user. You will also find an integrated computer which can register speed, distance, heart rate, calories and RPM.

Because this is geared towards a spinning style of exercising, this bike was designed to be able to switch smoothly between high and low resistance and has adjustable straps on the racing pedals. It also has an emergency brake in case you find you are losing control during a sprint, for example.

It weighs 49 Kg and therefore is very sturdy, but also quite heavy. It's suitable for a maximum user weight of 130kg. Luckily, there are front transport wheels on the Vortex V1000 which makes it a breeze to move around a room.

There are 16 levels of magnetic resistance which are controlled by an 8kg magnetic flywheel. This system allows pedaling to be smooth, but also doesn’t create too much noise. Both the straps on the pedals and the seat are adjustable which is a must on an exercise bike.

Another important feature is the monitor which tracks all the essentials such as speed, distance, time, calories and heart rate. The bike weighs 45 kg and has a high quality steel frame which is great for getting the feeling of it being sturdy while exercising.

One inconvenient part of this machine is that it doesn’t have wheels to move it around the house once installed. It also doesn’t have any set programs in the bike console, so you will have to make your own if you pick this bike.

The Upright Bike was designed by Endurance to suit people who want a more intense workout. Due to the fact that it is upright, it gives you the option of pushing a little more just like in a spinning class. There are 16 levels of adjustable resistance so you can push yourself into shape.

The seat on this bike is made of a soft gel for greater comfort and it’s equipped with large pedals that have adjustable straps. There is also a monitor which tracks essential data such as speed, distance, time, calories and heart rate. As well, it has some integrated programs to help motivate you and push yourself.

Another interesting feature is the holder placed on the monitor which is suitable for an iPad or a book. This is a great add-on for multitaskers!

One of the downsides is that it might not feel as sturdy if you are heavier as it weighs only 32 Kg. On the other hand, the fact that it is light makes it easier to transport as it does not come with wheel to move around.

This fan bike designed by Assault is equipped with a monitor that can make you sweat with seven different programs from intervals to endurance. This monitor also shows your time, distance and calories.

Because the pedal and wheel system works with air, hence fan bike, the more you pedal the more resistance you will get. It is up to you to push however hard you want to get the desired level of intensity in your workout. This bike is also equipped with arm pedals which is great for involving the upper body as well and getting a full-body workout.

This bike weighs 45 Kg and as such, will give you a feeling of increased stability while on it. It also has transport wheels at the front to facilitate moving around any space.  Another great feature is the adjustable seat, which can be done vertically as well as horizontally.

Although the pedals have a grip, they don’t have any straps to stabilize the foot, which may give the impression of being less supported with more intense cycling. However, the fact that the bike has arm pedals might help, as the feet won’t have to do all the pushing.

If you’re looking for a bike that will take up very minimal space, the Yescom foldable exercise bike is for you. It’s compact, light (10.5 Kg) and it can easily be tucked away in a closet or a corner once it’s folded.

This bike is very minimalistic, but it still has a monitor that indicates speed, time, distance and calories. It has 8 resistance levels which is less than most bikes in this guide. The height of the seat is adjustable and the pedals have an adjustable strap.

Because this bike is meant to be light and easily moved, the frame might not feel as stable. Therefore, this bike is less suitable for very vigorous exercise such as a “spinning’’ style. Nevertheless, it is still a good option to get a quick workout at home without having a huge bike in the way. This bike is the best value for your money in this guide.

Our number one pick is the Vortex v1000 as you can achieve more intense workouts, but could also be suitable for those days where you want to take it easy. The fact that the seat as well as handlebars are adjustable is also a key feature.

Our best value pick is the Foldable Exercise Bike by Yescom because it can be stored away easily, it’s light and you can still get a great workout.

Hopefully this guide will help you in your next exercise bike purchase. The key points to remember with exercise bikes are comfort, stability, and what type of exercise you are trying to get out of it. This will help you choose a bike adapted to your unique needs. April is a physiotherapist that specialises in sports injuries and loves helping people to get moving. Some of her favourite sports include running and yoga.

When she’s not out doing those, she’s thinking of her next trip somewhere around the globe.

April also loves writing in her free time and sharing her knowledge and adventures through her blog www.thelivenowplan.com. How To Set Up A Home Gym The Best Rowing Machine in Australia for 2022 Yoga vs Pilates and Which is Best For You The Best Power Rack In Australia for 2022